1) Registration for contest till May 10th, 2014
2) Submission of videos from March 15th till May 10th, 2014
3) Showing of videos starts when enough entries are submitted to showcase continuously 1-2 videos per day.
4) The winners are decided by the joint judges' vote within 10 days after showing of the last contest video.

Video Requirements
Contest video can be made either of anime movies, anime series and Japanese videogames or of manga, arts can also be used, including author’s arts. Other footage can be used if it takes no more than 50% of the video. No restrictions on music styles and video genres. Each contestant is allowed to submit one video only. Works created by several participants (MEPs) are also accepted. You must know exactly the title of anime/videogame used for your video, as well as the title of the music composition and the name of its performer.Unkown music and animes/videogames are not allowed. It is not recommended to use in your work pieces of a video somebody else created. In case such pieces are used, they should be listed in credits among other sources, without exception. An obvious plagiarism is strictly prohibited and is to be banned from participation. The length of contest video may not be less than 60 seconds (without credits). The contest title, Big Contest 2014, and the site address, amvnews.ru, must be mentioned in the video, how exactly to mention is to participant's choice. A line in credits should be enough.

Rules of premiere screening
1) The contest video should not be shown at any other websites (including YouTube and Vkontakte) until the publication at AMVNews.ru in the course of the contest. In case the video is found in free access somewhere in the inernet before the contest publication, it shoud be banned from participation and published on the site as a regular non-contest video.
2) Right after the publication at Big Contest the contest video can be uploaded to other video hosting services and sites, with obligatory link to this video page at AMVNews.ru.
3) If you want to provide the link to your video at YouTube when filling in the submission form, you can upload it to YouTube as an unlisted video (means that only people who know the link to the video can view it) and make it public after the contest premiere.
4) The contest video is eligible for participation in other contests after it was shown at Big Contest.

1) It was shown online before contest publication
2)There are significant compression artefacts
3) Footage is of poor quality
4) TV resolution of full version is far too low (480x270 or 480x360)
4) There are hard subtitles and/or logos not justified by artistic intent.
5) Broken aspect ratio or interlace is visible in most parts of the video.
6) There are black bars on the top and bottom of the video (if those are not used in any way during the screening).
7) There are violations of Russian Federation legislation.

The voting shall be split in three stages. First the contest administration shall exclude from further voting all obvious outsiders (i.e those AMVs which are rated lowest on the website) as well as the AMVs which certainly do not fit into any of genre categories. This is done to simplify first round voting. Then, the participants for the final round will be chosen from all the videos left; next, the the winners in each nomination will be chosen from the runner-ups. A video wins if it gets the majority of points during judges' voting. In total there will be 5 prize places in main nomination. This time there will be additional nominations as well. A nomination is considered valid if ten or more videos fit into this nomination.

It is recommended to encode with AMVSimpleGUI, Baka Encoder (8 bit per pixel) or MeGUI, see the following articles:

- Full version is to be compressed at the rate of no more than 50 Mb per minute for HD version. If you wish to extend the limit, write a request to the contest organizers and explain, why the extension is needed
- Preview version: file size at the rate of 3-5 Mb per minute; resolution width 480 pixels. Encoding combination x264+AAC+MP4 via AMVSimpleGUI is highly recommended!

Winners of the additional categories shall receive extra diplomas. Prizes will be paid via PayPal, Western Union or Bitcoin.

1) Videos can be submitted from March 15th through May 10th, 2014, by registered contestants only.
2) Fill in the application form located here: http://amvnews.ru/index.php?go=Files&lang=en&file=add
Choose "Big Contest 2014" as one of the categories. Make sure there was the website message "Thank you, your video was added successfully" after the upload. Here you can see whether your video was added to the list for moderatorial check. Then you’ll either wait yours turn to see the video on site or you’ll get a private message from administrator requesting to correct the deficiencies found during the check. If any questions arise, contact the administrator via the private message.

2) In the first round of voting the nominations' finalists are chosen. First round judges must watch ALL contest videos (except for those excluded by the contest administration before the first round) and fill in the online form on the site. Voting for contest participants is not obligatory.

3) Second round judges must watch all finalist videos in each nomination and choose the best of them via the online form. Second round judges include those contestants who qualified for the final at least in one nomination, and also specially registered judges. Voting for contest participants is not obligatory.

1) You can sign up as a judge via the special form.
2) Entering applications for a judge shall be closed one day before the voting
3) A user can only be accepted as a judge either if he/she comments actively and in detail on contest videos or if he/she has authority within AMV community (on condition that he/she will watch the required amount of videos). Final list of judges shall be defined by site administration before the very voting. This year contest participants can not disqualify any of the judges.
4)Any judge can be disqualified by the site administration before the vote begins, without giving reasons

First round voting takes part via special on-line form. A judge must choose from 1 to N best videos in each represented nomination. N differs for every nomination depending on the total number of videos. Videos with the majority of points qualify for the final round.

The judges ought to define priorities for N videos in each of the nominations (i.e. place first the best video of the nomination and then others highest to lowest judging from the impression produced). All voting slots must be filled in, you can't fill just some of them. Videos score points in accordance with an exponential scheme (implies the increased significance of being ranked first)
N - number of participants in nomination
x - place the participant was ranked
Points the contestant gets equal N*(e)^((1 - x)/sqr(N))
Points given by all judges are summarized. A video with the majority of points wins in the nomination. 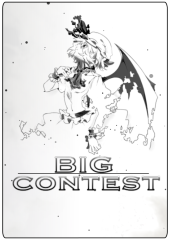 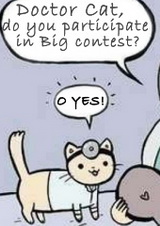 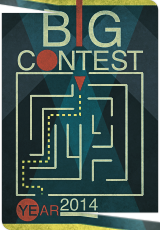 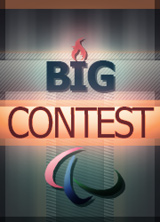 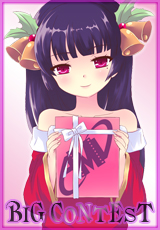 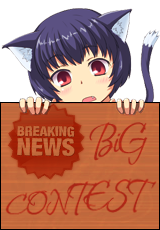 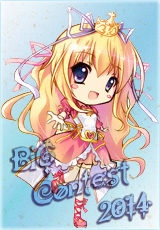 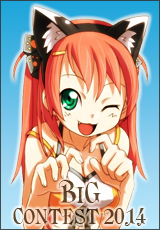 We decided to move deadline a little bit forward. New deadline is 10th of May.
Haut

maybe i will be in